Chabot Space and Science Center
Oakland, CA
Opened March '18
The overarching purpose of this deck is to afford observation and interpretation of both the terrestrial and celestial surroundings. I designed the deck to cascade off the existing museum patio level. The two levels work to resolve existing and new circulation with the natural topography. The split levels also serve to create a balance between open public space and more intimate spaces for informal discovery via the exhibits, developed by our team's exhibit developers and engineers.

I also designed the sculptural vertical elements throughout the deck. The main inspiration for these forms are the two iconic observatory domes visible in upper right image. To echo these domes while opening to the sky, I used compound curved struts reminiscent of the ribs in the existing domes. I then worked with the engineers, exhibit developers and graphic designers to integrate the experiences we developed with Chabot into these installations. 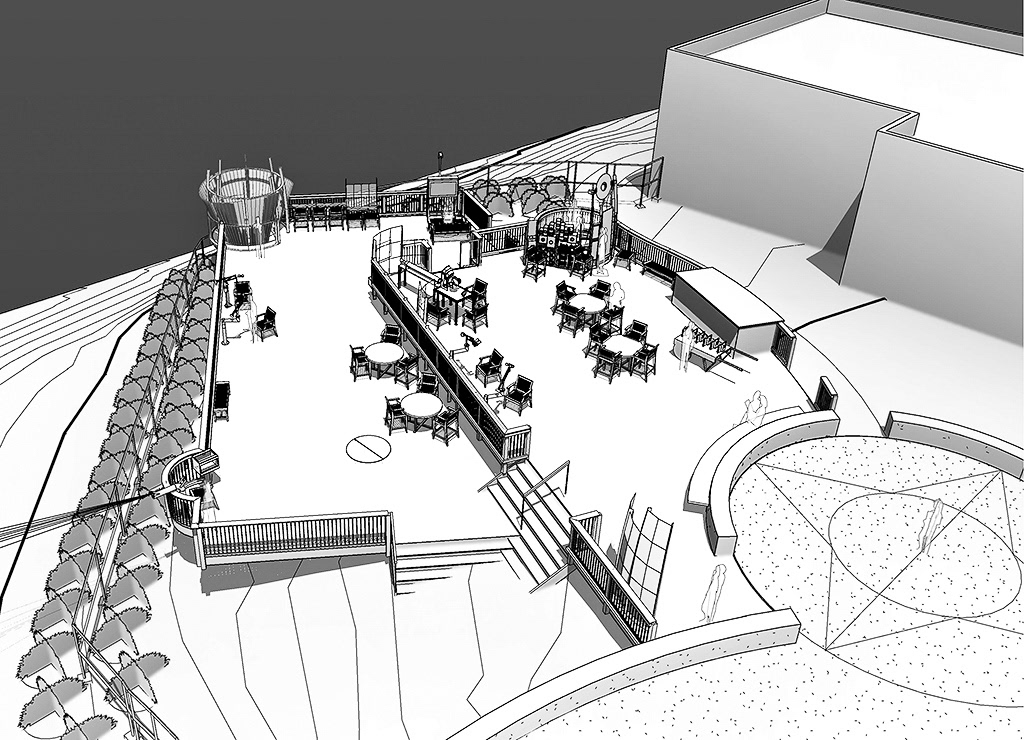 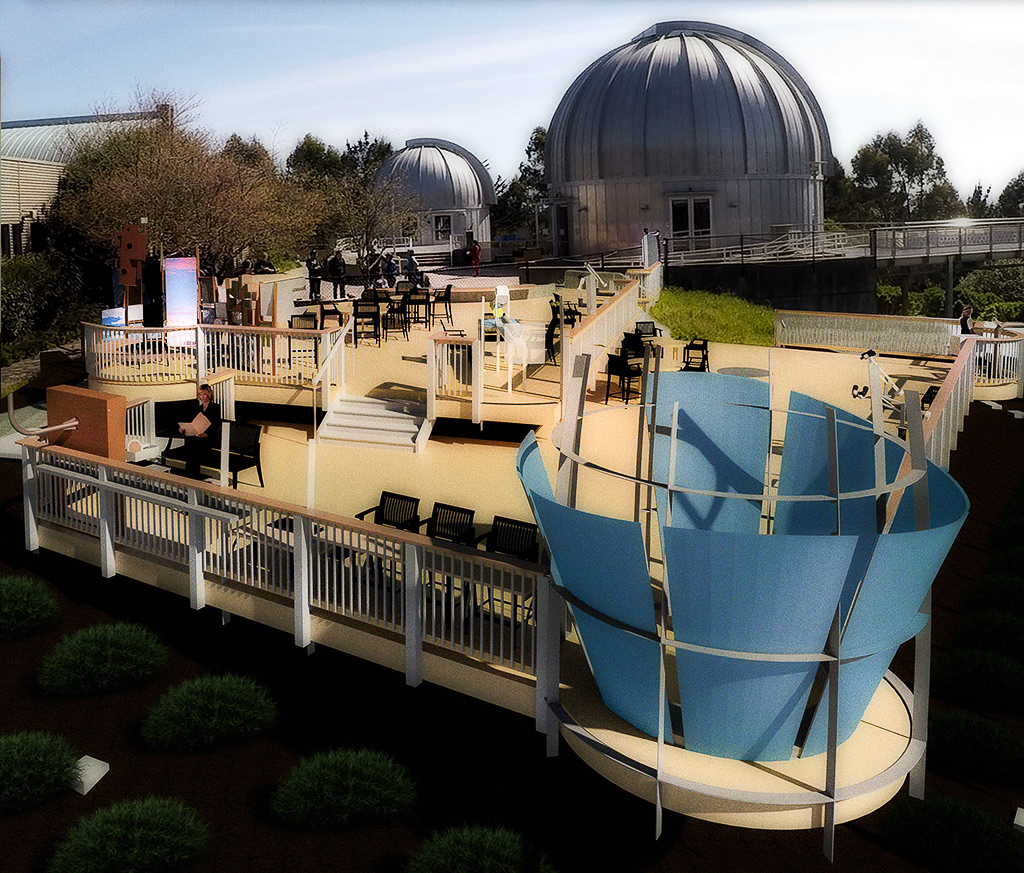 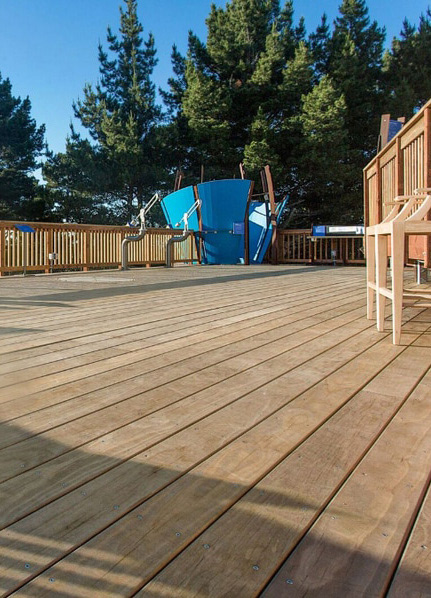 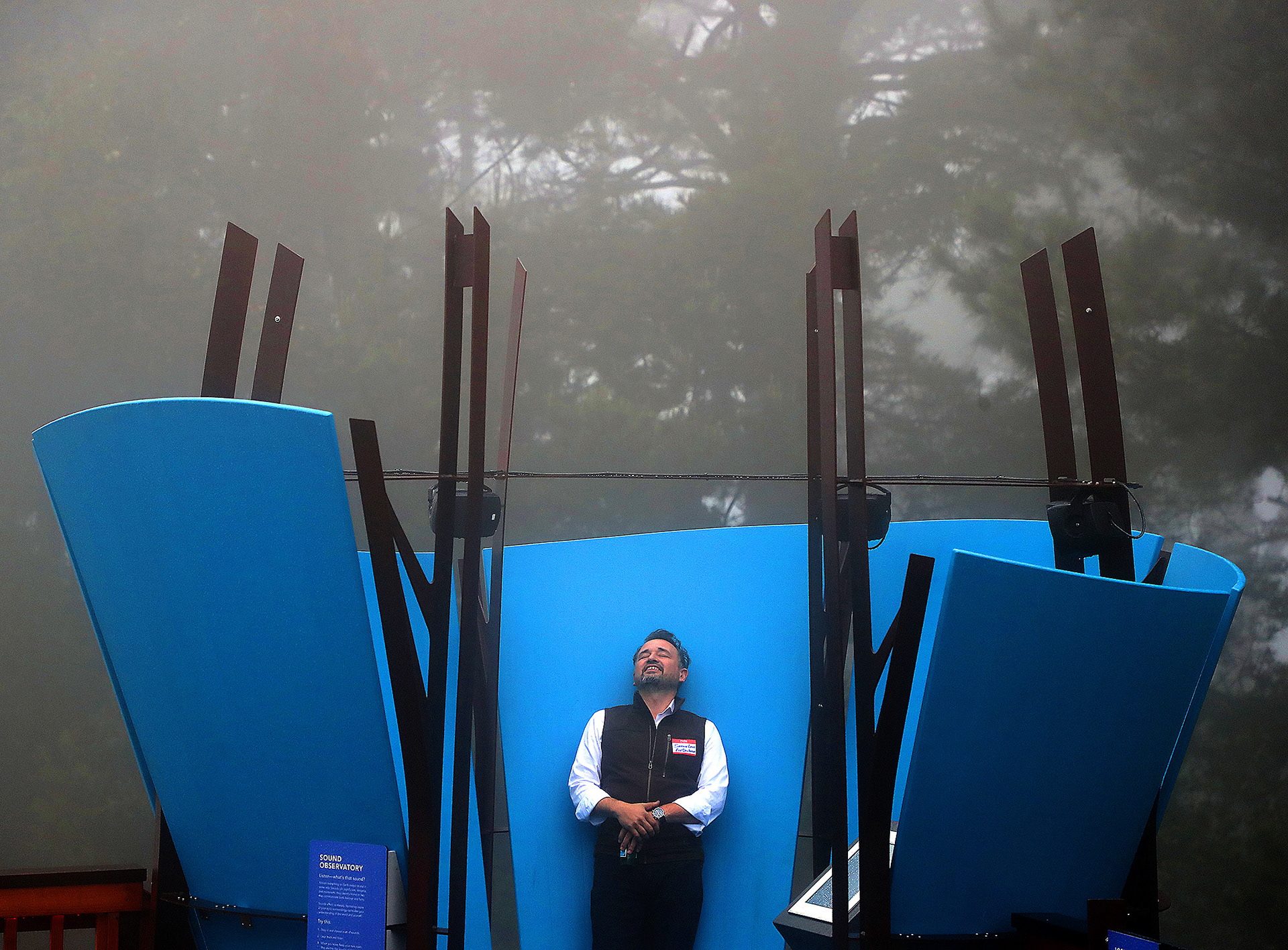